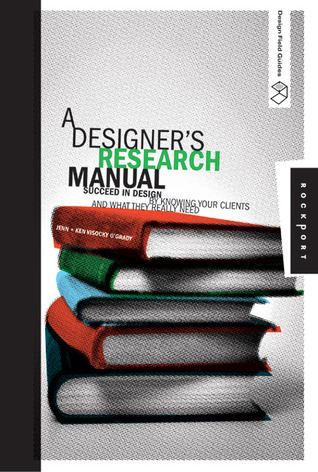 Doing research can make all the difference between a great design and a good design. Most experienced designers would quantify this “legwork” with the term research. By engaging in competitive intelligence, customer profiling, color and trend forecasting, etc., designers are able to bring something to the table that reflects a commercial value for the client beyond a well-crafted logo or brochure. Although scientific and analytical in nature, research is the basis of all good design work. This book provides a comprehensive manual for designers on what design research is, why it is necessary, how to do research, and how to apply it to design work. As designers embrace research methodologies, they share a common vernacular with their clients, and establish respect as idea people. In an increasingly crowded marketplace, embracing research practices will ensure a continued viable role for designers in business. No other books address this issue for student and professional graphic designers. Books on how to do research are usually aimed at writers, business marketers, and scientists. The ability to execute effective research methods is as important to a career in graphic design as the ability to build a grid or layout a page. Understanding the needs of the client and the client’s market are essential components of creating value.

The book is from IDEO.org and it’s about Human-Centered Design and it’s a field guide. I think that’s enough for a designer to put his read list top of everything. The topics are very to the point, precise, easy to follow and just do it type. Every User Experience Designer who works with any kind of users must read this.
goodreads 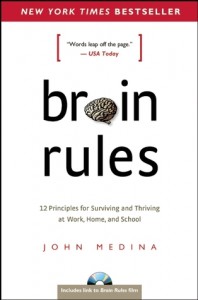 Jon Medina have great hand of writing, humor, eye to the very small things and the way knowledge work. He how about our most important parts of the body, brain. And he know how we think, what makes us click, why do we remember certain thing life long, our reactions to the wild word, our process of thinking. He can see things most of us ignore. He described in 12 principles how to survive in this complicated word.

This book is a must reed for the people who like to think, who running after knowledge and every green student of the living world. Read it, please.

Conserve attention at all costs

One primary action per screen

Provide a natural next step

A crucial moment: the zero state

Build on other design disciplines

Interfaces exist to be used

I’ve grabbed these facts from this great article.

Just read an article at smashingmagazine.com. The subject is:  ”How to become A Web Design Expert”

What I’ve learned from this article is:

Here is how to specify JavaScript only for Internet Explorer: